This past weekend we saw thousands of protestors and volunteers, commit their time and energy in fighting the injustice that is Trump’s executive order on immigration. Maybe you participated. Maybe not. In any case. Now is a time of action.

As you may remember, the first goal from my recent plan to live in a post-truth world is:

1. Understand and articulate the things about which I care most so that I know where to focus my energy.

Before this self-awareness, I would churn from issue to issue, outrage to outrage until I either tired or spun out into an online tirade against some internet troll, who was immune to truth and logic anyway. I needed better tactics.

You may also remember that the issues I identified — those things I care about most — turned out to be pretty basic:

Even so, there is still a long way from those broad statements, to concrete actions I could take daily/weekly. That’s where I turned to the internet for help. They have action plans covered. Here are the ways I am going to turn my (over)informed outrage passion into progress and deeds. I encourage you to do the same.

For those who really just want directed actions, there are a few options to get email “to-do” lists each week. Be forewarned, you’re going to have to call people to be most effective. I was surprised to learn that conservative activists out-call progressives 4:1. This needs to change. Choose one, or sign up for them all. Action is what is called for today.

Staying informed is the first call to action, and the sources are important. Stay away from Facebook and Twitter for sanity* — Fox News and Huffington Post are nearly as bad. That is why I support and visit the following news outlets and try not to visit others**. Even though most legitimate news outlets have very little bias, if you are having trouble discerning a source’s bias, you can utilize AllSides.

I’ve added a few other information sources that help me know what is going on in Congress and present actionable things I can do along with some ESTIMATED levels of effort.

Perhaps you have some specific interests or topics on which you would like to focus. That’s great. There are a lot of options out there. Here are some of mine:

Accountability and eliminating Presidential conflicts of interest.
These feel good and could have a great effect. At least we would be safer if President Bannon were removed.

And maybe you just want to ensure that you don’t help Donald Trump make any more money. The Boycott Trump iPhone and Android mobile apps make this easy.- If there’s one thing we learned from the #GrabYourWallet campaignin October, it’s that boycotts can work. Ask Uber.

Ensuring Equal Human Rights for All
Where to start? It seems we are all under attack, or soon will be. The ACLU is just one group helping out, seek out others in your local communities.

Protecting the Environment
There is so much under attack now, the environment could easily take a back seat. This would be a mistake as there is no more time to be neutral (or worse) on these issues.

Reforming Campaign Finance and Improving Elections
For long-term effects, I think that an overhaul of election and campaign processes is the most crucial step we can take. Right now we have a party that is ruling from a minority position*** because they have effectively gamed and cheated the system.

[Your most important issues here]
It is important to select only a few things that we are passionate about and focus. Otherwise, we all run the risk of burnout and “outrage fatigue”. There is enough to go around.

Lastly, it is also important to protect and take care of yourself.

** For me, these strike the right combination between coverage and style and are balanced. The omission of the New York Times is due to me believing it has enough support without me (thus me not getting access behind the pay-wall and the incorrect but widely held assertion by conservatives that it is left-leaning). If you think the sites I have recommended are politically left or right, you should reexamine them. They are very neutral and provide a great service. Check here.

*** Vote totals from both houses of Congress show that Democratic candidates received nearly 3% more votes yet lost seats (in the House). Much like the Electoral College, the number of votes matters less than where those votes are cast.

At the earliest stages, startups are exhilarating. Not only do you get to see and know everything that is going on, you are relied upon to make everything happen. But 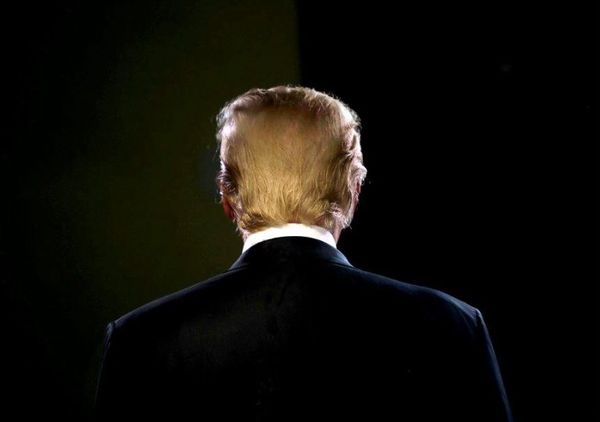 John Pavlovitz has been on fire recently — or I should say I just became aware of him and his writing during the campaigns — and it’s great. He’s a